Helping friend with computer
I have a friend who has a Compaq Presario with an AMD Sempron and WinXP.

The monitor says "No input signal."

I tried another monitor, but nothing showed up on it.

She remembers it once saying that it was infected.

Without a working monitor, it's impossible to diagnose anything.
If the video card went bad, how would I test it?

Posted on 2010-08-04 15:36:29 by skywalker
Re: Helping friend with computer
Funny - we might have the same friend. Received an email from a Co-Worker who has the same problem. I told her to drop off her PC at my house and I would check it out. My professional opinion is that either the Monitor, the graphic card or the motherboard is broken :P (what else?)

Usually I hook them up on my monitor (fixes 90%), replace the Graphic Card (5%) if needed and then I proceed telling them to purchase a new PC.

Infected PC's should still Boot - Therefore you should be seeing a POST Message. No Input Signal has nothing to do with infections.

Cheers,
Posted on 2010-08-04 17:02:44 by JimmyClif
Re: Helping friend with computer
I don't know if anyone of you has experienced what I call "interplanetary motherboard bug". I came up with this name because apparently noone, except me and my RL friends, has encountered the problem (and google wasn't helpful either). The problem is as follows: You start a perfectly fine PC, but -shockingly- it won't start. No signals, no beeps, no motherboard LED codes, no display, no nothing. It just won't do absolutely anything except starting the fans (that's actually the only signal for you that it's in fact turned on). I have experiened this bug on many motherboards of many vendors. It happens most frequently if I change something (like gfx card or RAM), but can happen on its own (but very rarely, fortunately). And, yes, I do know how to change the parts properly, so the cause is absolutely not a badly plugged gfx card, or ram, or whatever (most of by former motherboards would beep if it was the cause).
The fixes are:
- Perform the exact change again (for example unplug the RAM and plug it in again).
- BIOS memory/CMOS reset
- Just wait (sometimes it will start absolutely normally after, like, 1-2 hours, without you doing anything. I say it has to meditate).
- If all of the above failed, change PSU (may be a friend's PSU with any power rating - it doesn't matter, really), power on (it won't start, of course), power off, and then change back to yours, power on (now it will start, hopefully).

I guess your friends have a "normal" problem with their PCs, but I thought I'd share my 5 cents ^^

Posted on 2010-08-04 17:54:17 by fbkotler
Re: Helping friend with computer
Easiest way is to mix'n'match a barebones system, gradually adding more parts.
Requires an extra computer, with working compatible parts. (there is a risk to damage those parts, but slim)

Still, the bootup beeps are the important first step. Then, "jiggle the cable" :)
Posted on 2010-08-04 18:19:18 by Ultrano
Re: Helping friend with computer
Symptoms can be caused by insufficient and/or dirty, unfilterred mains voltage, I call this the Third World Syndrome.
Specifically, the switched-mode power supply unit is attempting to regulate the input power based on  the input voltage and the MAINS FREQUENCY ;)
The same thing happens to some (but not all) of my machines during 'electrical brownouts'.
Posted on 2010-08-04 18:28:43 by Homer
Re: Helping friend with computer
Lev Andropov: This is how we fix problem in the Russian space station! 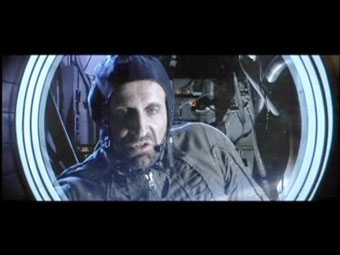 http://www.youtube.com/watch?v=dCyxcYQ4Qy4&feature=related
Posted on 2010-08-04 18:32:45 by JimmyClif
Re: Helping friend with computer
I just remembered that the computer is in a cabinet that is kept closed and the fan exhaust holes were completely plugged up with dust.

I told her several months ago to take it out of there. :-)

Posted on 2010-08-04 19:59:37 by skywalker
Re: Helping friend with computer
This may seem incredibly simplistic, but in additional to cleaning out the dust bunnys and whatnot, make sure that your power supply is providing the required voltage on all rails. You can verify this with a simple $15 meter from radio shack. This tool is invaluable to own for troubleshooting weird problems in the computer.

WHEN TROUBLESHOOTING ALWAYS START AT THE POWER SOURCE!

Google "amp volt ohm meter computer power supply" and you'll find plenty of good info there.
May help you, may not, worth trying  :)
Posted on 2010-08-04 22:34:50 by p1ranha
Re: Helping friend with computer
A decade ago, our mains supply was so bad that I would have to reset my alarm clock once a week.
We can't do a lot about the frequency of the ac mains, other than add an uninterruptible power supply (UPS).
Same for voltage.
In these cases, the power supply itself was not the problem, it was the mains.

Pulse Width Modulation (PWM) switched mode power supplies RELY on a known mains frequency and voltage, if either of these drift, then the output will be way out of what we would expect - a voltage regulator can help if its only a low mains voltage issue.

Older power supplies were designed to cope with a wider range of input, they are far more tolerant than the modern ones.
The only machine in my house that NEVER fails is a 333Mhz HP horizontal desktop which is older than my son, who can vote this year.

Just wanted to add that machine's power supply can survive a two second complete loss of mains power and not miss a beat.
Posted on 2010-08-05 01:29:59 by Homer
Re: Helping friend with computer
A decade ago, our mains supply was so bad that I would have to reset my alarm clock once a week.
We can't do a lot about the frequency of the ac mains, other than add an uninterruptible power supply (UPS).
Same for voltage.
In these cases, the power supply itself was not the problem, it was the mains.

I  :lol: at this because recently I bought a house on the outskirts of the city that has this same problem.  :O

My alarm clock contains a little 9v battery so I don't have to reset it weekly. My main computer is protected with a UPS battery backup which provides voltage regulation to compensate for bad mains. All my electronics are protected with surge suppressors to help safeguard their well being.
The only thing I don't have is a gasoline powered generator! :)
Posted on 2010-08-05 10:08:52 by p1ranha